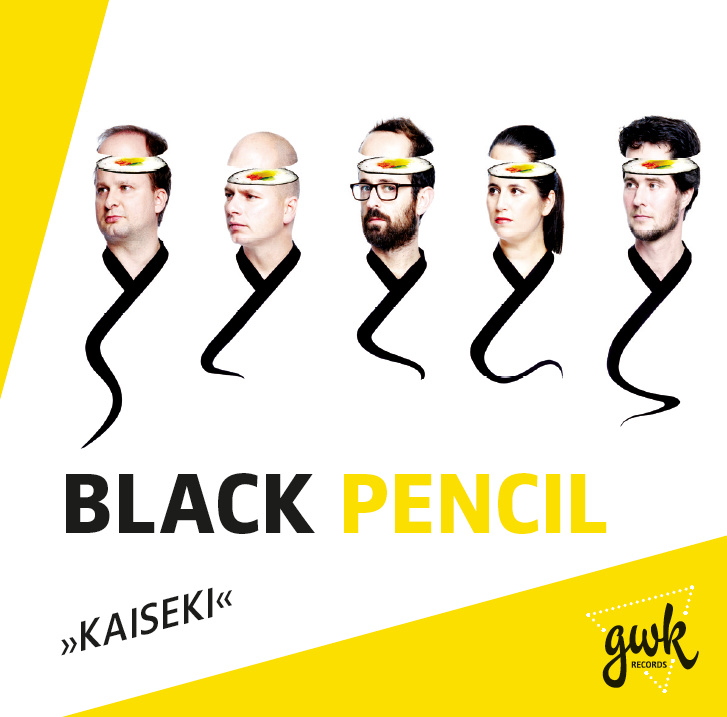 Listen to audio excerpts at: https://www.jpc.de/jpcng/classic/detail/-/art/kaiseki/hnum/6350821

‘Composed meals’ is the key phrase for the Kaiseki project from BLACK PENCIL ensemble. Kaiseki draws inspiration from the particular features of the Japanese kaiseki cuisine and its culinary traditions: attention to detail, use of space, avoidance of repetitions, variation, symmetry and seasonal characteristics.

The music of this CD consists of works specially written for the Kaiseki concert tour, by varied composers such as Roderik de Man (1941), Arnoud Noordegraaf (1974) and Robert van Heumen (1969). It also features a range of Japanese composers, such as Ayuo (1955), arrangements of Japanese folk music, honkyoku (traditional pieces from the 13th century for shakuhachi, a Japanese bamboo flute), and the use of electronics. The CD also includes works of the previous Buffoni programme of Black Pencil, with compositions of Vanessa Lann and Florian Magnus Maier.

The sumptuous sound colours of the combined instruments create an invigorating music, that is yet accessible enough to completely lose oneself in.

The virtuoso ensemble BLACK PENCIL was founded 2010. The debut concert of the ensemble took place in the same year at the prestigious Amsterdam Concertgebouw, followed by the world premiere of new works during the large-scale festival Istanbul 2010 European Capital of Culture.

Black Pencil focuses on new repertoire (all works specially written for the ensemble) and adventurous own arrangements with the influence of folk cultures. The motto of Black Pencil is the presentation of exciting new music and sparkling improvisations, together with a unique instrumental setup. The ensemble has performed numerous times in the Netherlands, Germany, Turkey, Ireland and Venezuela.