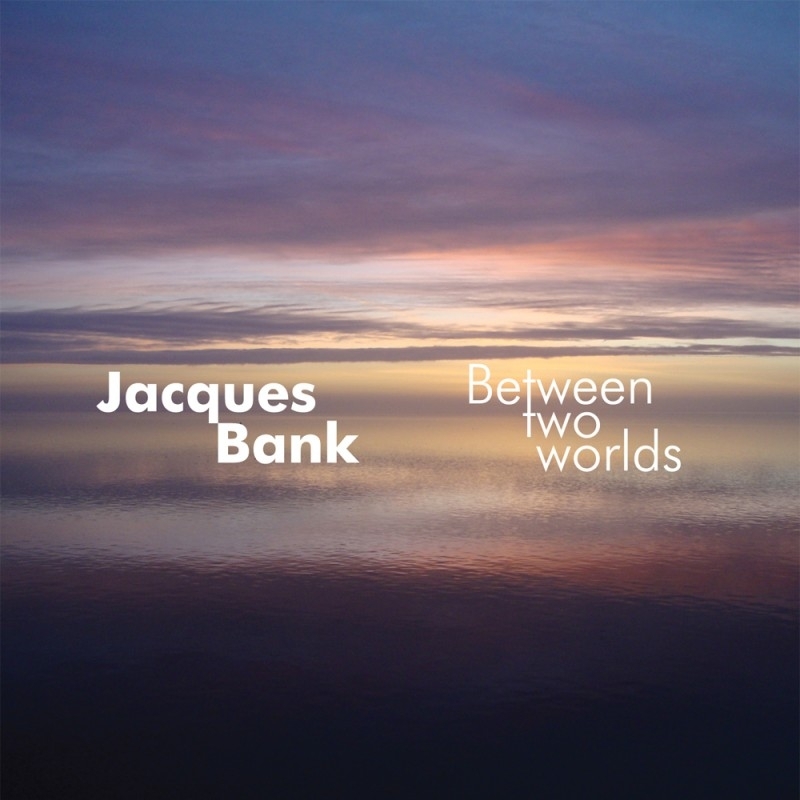 "Between Two Wolrds" is the 2012 CD-production of the Dutch composer Jacques Bank (1943). This great album features compositions written between 1991 and 2001, performed by Marcel Beekman (tenor), Lieuwe Visser (speaking voice/bass-baritone), the Basho Ensemble and Jurrien Sligter (conductor).

In Bank’s vocal writing it is as if a complete physical presence is struggling into existence through the sound of a voice. An entire body with all its movements, gestures and functions is being emitted through the performer’s mouth.
Through the text and the creative response within him, Bank allows the music to make a direct and naked communication of the human condition.

Jacques Bank often successfully forges a synthesis between text and music so that the whole is not only greater then the sum of its parts but yields, moreover, something entirely new and unforgettable. Through his original and highly individual ways of combining text and music he achieves new insights and creates intensely expressive works of art.

Furthermore, his fine tuning to the drama that surrounds us in everyday life gives his music an added resonance that can be deeply stirring for the sensitive listener and is often touching upon the roots of human existence in a very personal and very original way.

Based on quotations from David Barton, Jurrien Sligter and Joep Straesser.


Jacques Bank (born April 18 1943) studied composition with Ton de Leeuw and Jos Kunst at the Sweelinck Conservatory in Amsterdam. In 1974 he finished his studies with the Prize for Composition.

After that he broke radically from his early serialistic tinted writing. Reorientation on tonality followed. From that moment on the starting-point of new compositions was the translation of an emotional stimulus, often generated by some extra-musical element, into music. The first result of this new approach was Last Post (1975).

He wrote numerous works, varying from operas to solo pieces. Nearly always a text was the starting-point. Consequently, compositions in which the voice is used in one way or other are in the majority. Performances took place in Holland and abroad e.g. during the Gaudeamus Musicweeks, the Holland Festival and the World Music Days in Tel Aviv, Warsaw, Seoul and Zagreb.

He participated regularly in radio programmes. Among them was a series dedicated to the life and works of Hector Berlioz. This led in 1993 to Episodes de la Vie d`un Artiste. It was commissioned by the Rotterdam Philharmonic Orchestra for the celebration of its 75th anniversary.

The Utrecht Conservatory organized in 1996 a lecture and three concerts, dedicated to Bank`s compositions, including Mesmerised and Late of the City of Rome. In 2000 De Bijlmer Opera, commissioned by the orchestra De Volharding, was performed twelve times with great success.

Many years of cooperation with the Basho ensemble led in 2001 to a series of concerts with three compositions especially written for this ensemble: Gebroken Sprookjes (Broken Fairy Tales), Fred Walking Badger and Aaron Rivers are missing and John Clare.

Also in 2001 the recorder concerto Recorders was performed for the first time by Helge Stiegler and the ensemble Mosaik in Austria and in 2002 Tonal Colours was premièred by Michael Quinn on the organ of Saint Patrick`s Cathedral in Dublin.
During a concert in Lissabon in 2003 the ensemble Ciudate performed four pieces by Bank. Among them Blind Boy Fuller, his first `official` composition, dating from 1966.

Commissioned by Dutch Radio, he wrote in 2004 the composition Uiteindelijke Dingen (Final Matters) for mixed choir and orchestra. In 2006 the Nederlands Zangtheater went on tour in several towns in The Netherlands with the `choir opera` De ondergeschoven Koningin (The illegitimate Queen). Invitation to Eternity, the last composed, but first part of the John Clare Triptych was performed for the first time by the Canadian ensemble Continuum in Toronto in 2007.

Eighteen years after the first performance the Requiem voor een Levende (Requiem for a living One) was performed again by a.o. the choir Consensus Vocalis and the Nederlands Accordeon Ensemble in 2007 and 2008. In 2009/2010 Bank finished his opera Major Taylor, the fastest Bicycle Rider in the World about Marshall `Major` Taylor, the first black sports hero of America.

In 2011 his composition Die Pfeiferstube for 2 flute-soloists, 8 wind instruments, piano and percussion was performed for the first time in the Bimhuis in Amsterdam by the David Kweksilber Big Band. This orchestra also commissioned the piece.
In 2011/12 Bank was Composer in Residence at the Utrecht Conservatory. In November 2012 his composition Felix und Clara, written for mixed choir, string quartet and speaking voice, will be performed in New York by the choir CANTORI NEW YORK.

At the 1985 Rostrum of Composers Minutes of Lives received an important commendation.
In 1989 the Amsterdam Fund for the Arts awarded the Matthijs Vermeulen Prize (the most prestigious prize for composition in The Netherlands) for his Requiem voor een Levende.
The mini-opera The Piano Teacher was awarded the Prize of the International Competition for Mini-opera for Children 1992 in Warsaw.